A 13 Minute Video Every Voter Should Watch

Just watch, It may change your mind.
mused by: Daphne Angelus at 3:05 PM No comments:

Just to let you know, I'm still around. I've been really busy with school and stuff. but once it gets settled. I will post again. thank you faithful followers. I will not let you down.
mused by: Daphne Angelus at 6:13 PM No comments:

Made in America - Toby Keith

mused by: Daphne Angelus at 9:58 AM No comments:

Life is a Movie

Life is a Movie QuizOk, imagine your life is a movie - what songs would be in it? To find out, here’s how it works:1. Open your library (iTunes, Media Player, iPod, etc)2. Put it on shuffle3. Press play4. For every question, type the song that’s playing5. When you go to a new question, press the next button6. Don’t lie and try to pretend you’re cool…~~~~~~~~~~~~~~~~~~~~Trailer: The Fields of Atherny - The Irish RoversOpening Credits: Weigh hey and up she rises - The Irish RoversWaking Up: Reflections - Diana Ross and the Supremes First Day of School: Star of the country down - The Irish Rovers (?)First Love: Every other Weekend - Reba and Kenny Chesney (Sort of, thank god there was no kids…)First Heartbreak: You’re nobody till somebody loves you - The Rat pack
Fight Song: Why don’t we just Dance - Josh Turner (WTF?)Prom: If I die young - The band Perry (again WTF?)Life: If I could be like Xena - Marilyn Rucker (oka….y)Mental Breakdown:  Over the Ocean - The Irish RoversDriving: My kind of Town - Frank Sinatra Flashback: My Girl - The Temptations Getting Back Together: The battle of new orleans - Johnny Horton (What?… I’m confused….)Losing Your Virginity: Jesus take the wheel - Carrie Underwood (*whimper*….)Wedding: Mary was the Marrying Kind - Kip Moore Birth of Child: The Unicorn - Irish Rovers Final Battle: Spanish Eyes - Al Martino Death Scene: The beat goes on - Sonny and Cher Funeral: Me and God - Josh TurnerBloopers: Knock on Wood - The Pointer Sisters
mused by: Daphne Angelus at 11:18 AM No comments:


I've been watching this years America's got Talent and was amazed by this performance by the Silhouettes. Amazing stuff. I will be watching you in the semi-finals. Can't wait
mused by: Daphne Angelus at 11:21 AM No comments:

It's getting Closer, and I know my fiance can't wait

I just had to share this - Six boys 13 Hands

I was on Facebook just a bit ago and read this note a friend posted. After reading it, I just had to share. 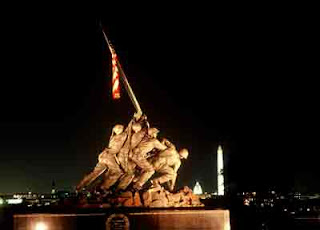 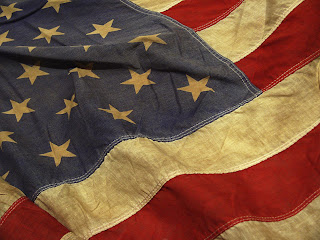 God bless America, our troops serving overseas, our troops here at home, Veterans and those who died for our freedom. Thank you all for securing our right to be free and remain free
mused by: Daphne Angelus at 8:30 AM No comments:

For almost a year now, I've been running a Dungeons and Dragons 4e game on Saturdays for my friends and fellow gamers. It takes place in my own world. well for a while now, I've been feeling a bit off on the game, and it feels like DM burnout. Also I don't get a feeling like my players are enjoying the game. I mean something that's been going on for this long and if the players enjoyed it, then one wouldn't forget the game over some other thing like WOW. It's not the first time said player has pulled stunts like this. I'm getting to the point that I don't know if my game's worth continuing.

I didn't want this to be my hundredth post, but there it is, I'm frustrated with my players and I don't know how to deal with it
mused by: Daphne Angelus at 9:18 PM No comments:

While checking my email the other day, I came across a notification from a fan fiction website I used to post at. Someone had liked me as a favorite author and had like my story as a favorite story. Usually I skip them, but for some reason I clicked to see which of my stories ended up on this person's favorite list.
It turned out to be my story "Pine, Roses and Lavender." I thought cool, this is awesome that my story, even after three years of touching it, people still enjoy reading it. Still curious, I followed the link to the reviews. I wondered if anyone still reviewed it, and I was pleasantly surprised that people did, AND wanted the next chapter.
Inspired, I turned on my old laptop to see if I had Chapter 20 done or partially done. No such luck. I re-read the last couple of chapters to remember where exactly I left off and to strike inspiration.  And I realized that I have forgotten where I wanted to go with the story. *hangs head* Guess that's what I get for not writing for 3 years.
mused by: Daphne Angelus at 8:27 AM 1 comment:

Hmm... and they say it's not a WAR on TERROR

We will never forget